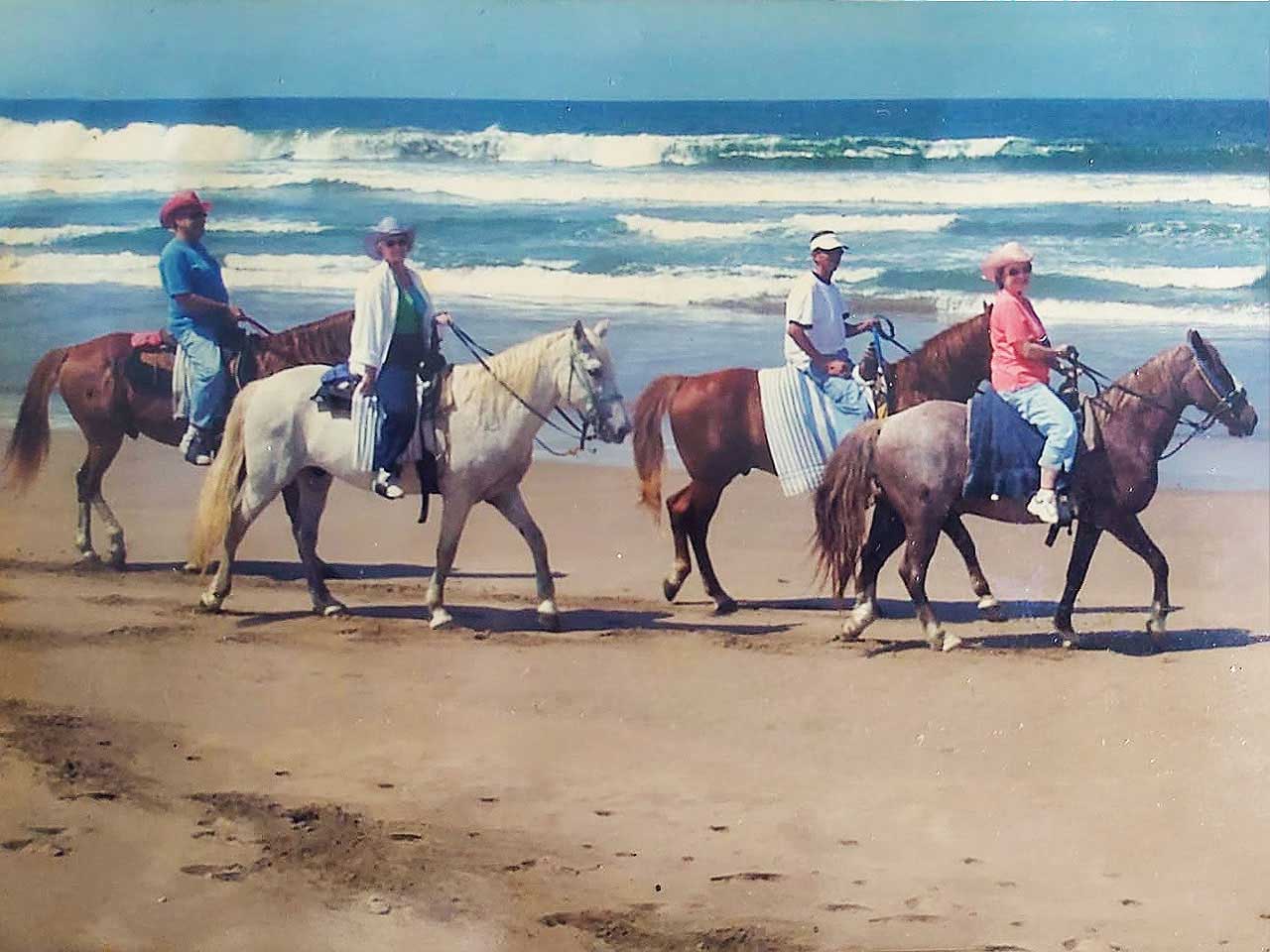 As a young girl working summer jobs in the fields side by side with the Mexican labourers, Ginger developed a fascination not only with the Spanish language, but with all things Mexican. In fact, the feeling was so strong as she grew up that, for a while, she even thought she was a reincarnated Mexican.

But the reincarnation theory had a hard time carrying much credibility; what with her fair complexion, brilliant red hair and blue green eyes negating the fact. And notwithstanding, her family tree is of German and Scottish / Irish heritage… far from the exoticness of Mexico!

Ginger Borman grew up in Bellingham, Washington, the middle of 6 children to a seamstress mother and a carpenter father. With her parents’ modest income needed to provide for the family, there was little left over to help with Ginger’s other passion, horses. So at age 13 after having asked her father numerous times for a horse at every birthday or other opportunity, he finally turned to her, exasperated, and yelled “Go out and buy your own damn horse!”.

And so it was, at the end of that summer, after having worked in the fields with the Mexicans picking berries, and saving every penny, Ginger surprised her father by coming home with her first horse, appropriately named “Diablo”. But that’s all she had, just the horse. No bridle, saddle or anything else. Secretly her dad was very proud of how she had achieved her goal. He even offered to buy some feed to get her started as long as she promised to continue to babysit and do other jobs in her neighbourhood.

And so began Ginger’s lifelong relationship with horses. She rode Diablo everywhere she went so that eventually everyone in her small town knew her. She also joined the 4H club and spent many years developing her equine knowledge. A hard worker, by age 19, Ginger found herself the owner of a boarding stable and ran a successful business giving riding lessons. She had also married her high school sweetheart and although she was a young mother still found time to be a leader in the 4H club.

But the call of Mexico never left her. Ginger had taken Spanish for three years in high school. And then finally in 1979, after her divorce, she got her chance to see the land that had been beckoning her all these years. By then her parents had more freedom with their children all grown, so they had taken to the road in their old Nash Rambler and were touring around Latin America.

After having traveled through Honduras and most of Mexico, John and Shirley Borman arrived in Mazatlan at the Belmar Hotel with their car filled with Guatemalan tiles and a car top carrier with a suitcase full of colourful fabrics. Here they would stay and explore for the next 4 months.

Side note: Surprisingly, never once during their months of travels through Latin America and Mexico did the Bormans have any problems. No assaults, no stealing. At least not until they were back in the USA and their car was broken into while overnighting at a motel in Oregon.

It was while John and Shirley were at the Belmar that they invited Ginger to join them. She jumped at the opportunity and upon arrival at Mazatlan, instantly fell even more in love with Mexico. So much so that over the next year, she made 4 more trips until she decided to move permanently. Ginger sold her boarding stable, horses, vehicles and pretty well everything else to start her new life in Mexico. Her “Mexican inner self” had finally emerged!

Ginger made her home at the Belmar Hotel and over the next eight years improved her Spanish and became a tour guide, working alongside another Mazatlan icon, Sheila Miese. They became best buddies and had many adventures travelling all over Mexico whenever they got the opportunity.

Over time Ginger acquired some horses which she kept in the little village of Teacapan, just south of Mazatlan. In the late 1980’s she moved them (and herself) to Stone Island where she started her business, “Ginger’s Bilingual Horses” for the tourists and cruise ship passengers. That business thrived and she again became known all over town for her horses.

During the years operating as “Ginger’s Bilingual Horses”, she had several interesting horses. One of particular note was called “Borracho” (“drunk” in Spanish) who was a gentle horse, not mean at all but was a great escape artist. Somehow he would manage to scoot under the barbed wire fence, have a feed in the nearby fields and then get back in when he was all done. They could never figure out how he did it. His other talent was drinking beer out of the bottle!

“Sunny”, “Sergeant” and “Coyote” were others of note. Particularly the last one. Ginger found him in a field next to the old Walmart and convinced his owner to sell him to her. Needless to say, Coyote was not afraid of anything as he had spent his entire life living next to a busy highway.

One strange incident that Ginger recalls took place during an eclipse of the sun. When the sun was fully covered and it went completely dark, all the horses suddenly lay down. They must have thought it was time for bed!

After many years on Stone Island, Ginger got the opportunity to move her business to the northern part of Mazatlan, the Cerritos area. It was in the mid 1990’s that she and her Mexican husband built a little cabin on the land next to Mr. Lionso’s Restaurant. Here she continued with “Ginger’s Bilingual Horses” for several more years until the cruise ships stopped coming in 2011. When this happened it created a deep recession and it was very difficult for everyone to make a living. So some very hard decisions had to be made.

Ginger had to close her business and as she was very attached to her family of horses, she decided to give her horses away to those that would either benefit from them or provide them with a good home for their last remaining years. Of the eight that remained, six went to her good friend, Mr. Lionso, for his ranch in Los Veranos; and two were donated to a Therapeutic Riding Centre in Valle de Ejido.

But even today equines aren’t completely out of Ginger’s life. She still has an old donkey named “India” who she has had since it was 2 weeks old. India is now 18 and lives happily on a mango ranch just on the other side of Cerritos. Occasionally they get to visit with each other.

Things eventually came full circle for Ginger when she retired. Now in her seventies, she moved back into the Belmar Hotel where she loves to greet people passing by. So if you’re in the Olas Altas area and see a sparkly eyed lady with a winning smile, you can be sure it is the famous Ginger from Ginger’s Bilingual Horses… make sure to say hello! 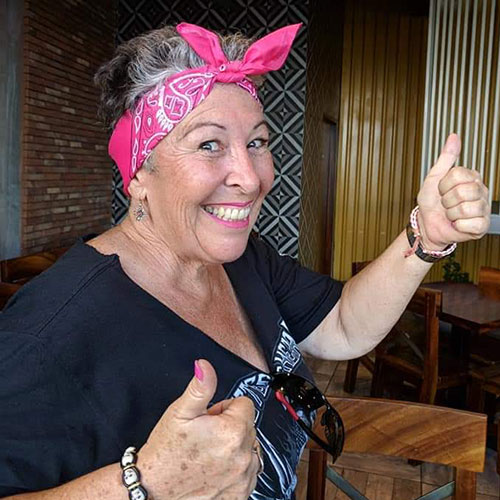